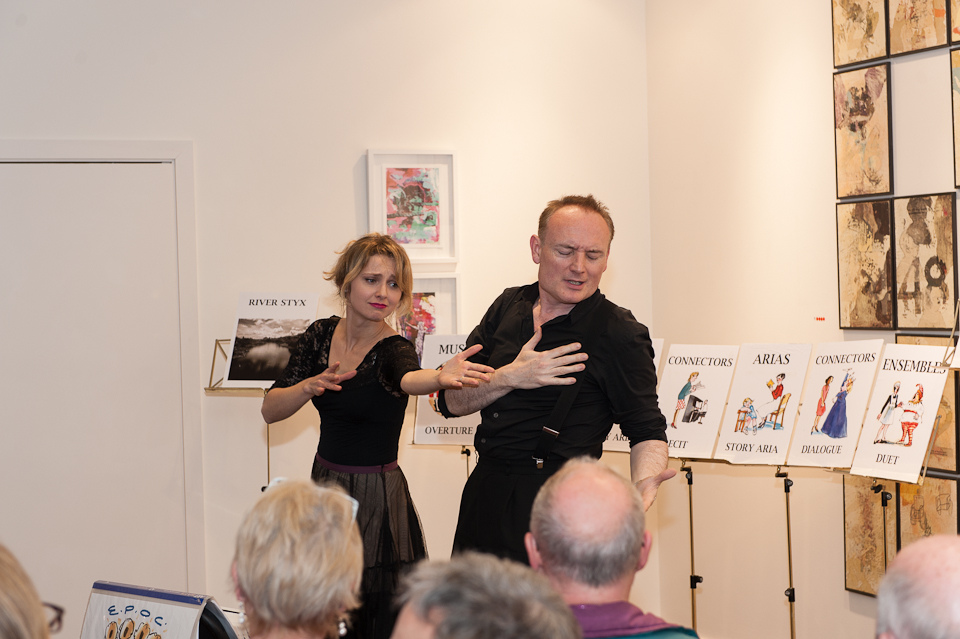 Founded in 1993, English Pocket Opera Company is now in its 25th anniversary season!

Meet some of the people making EPOC what it is today

Mark founded EPOC in 1993 and has been its artistic director ever since. He has been involved in music all his life: as a boy chorister; opera singer; opera director; choral leader; and music educator.

He comes from Cambridge, although one side of his family – the Gillespies that gave their name to Gillespie Road – came from Islington. He is married to theatre designer Annabel Lee and has two children. He is very fond of music, singing, whistling, opera, playing the piano accordion, history and Cambridge United FC.

Paul was a professional actor until he discovered at the age of 30 that he had an operatic tenor voice. He sang in the chorus and with the education team at Scottish Opera for a few years before embarking on a solo career. Since then he has sung all over the world from Paris to Pago Pago, Salzburg to Shetland. His favourite roles have been unstable poetic types like Rodolfo (La Boheme), Hoffmann (Tales of Hoffmann) & Werther (Werther) and noisemongers such as Calaf (Turandot) & Canio (I Pagliacci). He first worked for EPOC in 2011, singing Siegfried in “Wagner’s Ring in 90 Minutes” and since then he has introduced opera to thousands of children from Camden to Carlisle and from Barnet to Bosnia in EPOC’s innovative interactive workshops and singfest performances. Also for EPOC, he has directed productions of Bartok’s “Bluebeard’s Castle” and Verdi’s “Macbeth”. www.paulfeatherstone.com

Polish-American soprano Pamela, born in New York City and now living in London, studied at the Royal College of Music and Peabody Conservatory. Pamela made her debut as soloist with the BBC Scottish Symphony Orchestra, in a concert and interview broadcast on BBC Radio Scotland.  She was invited to return as soloist to the BBC SSO in a concert broadcast on BBC Radio 3 as part of their 2013 “Sound of Cinema” series.

Pamela returned as guest soloist on BBC Radio 2′s Friday Night is Music Night, having made her debut there in 2010 with the BBC Concert Orchestra. In the same season she also made her debut as soloist with the Hallé Orchestra. Pamela has given solo recitals in Moscow, St. Petersburg, Salzburg, Belgium, Costa Rica, and at the Royal Opera House Covent Garden.

Her work has also included frequent work in the theatre, performing roles at Shakespeare’s Globe Theatre, Theatre Royal Drury Lane, and in the national tour of Tony Award-winning play Master Class, playing Sharon Graham opposite Stephanie Beacham as Maria Callas. Pamela is the voice of phone network Orange in their online campaign for their HD Voice service, and has a featured role in Guy Ritchie’s film Sherlock Holmes 2: A Game of Shadows starring Robert Downey Jr. www.pamelahay.com